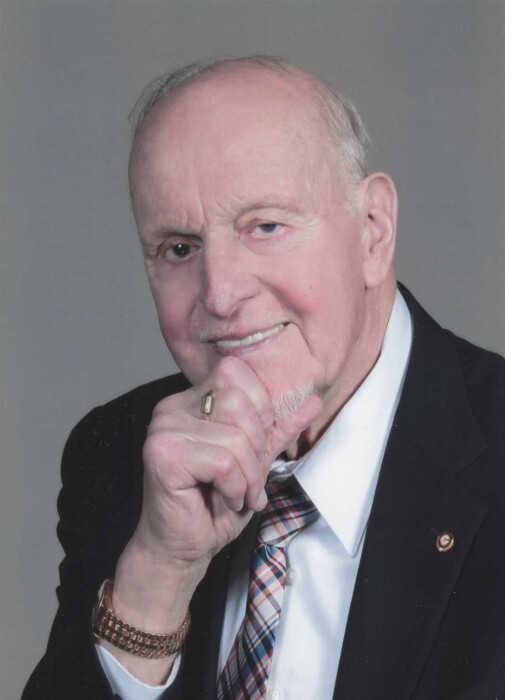 John H. (Jack) White went to be with his Savior and Lord on March 11, 2021 and now awaits the second coming of Jesus and the resurrection of the bodies of those who trust Jesus as their Savior.

Dr. White was born on June 14, 1936 in Newburgh, NY, the son of John and Ethel Perry White. He was preceded in death by his wife of 50 years, Norma Woods White. He is survived by his wife of 8 years Mary E. Veith Tait White, his daughters Natalie (Ray) Austin and Stephanie White, and also by his grandchildren Asa, Aiden, Matthew, and Max Austin; Steven (Simona), Jennifer, and Janelle White. Also included are his “bonus” children, Neil Tait (Beth), Ross Tait, Holly Ryan and grandchildren, Jeffery, Samuel, and Natalie.

Dr. White was a 1958 graduate of Geneva College, the Reformed Presbyterian Theological Seminary, and the University of Pittsburgh (Ph.D). He received a Doctor of Ministry degree from Pittsburgh Theological Seminary in 1977.  Dr. White was the pastor of  College Hill R.P. Church from 1962-1970. In 1970 he was called to serve at Geneva College in what would become various offices: Dean of Religious Services, Vice President for Religious Services and Church Relations, and Associate Professor of Biblical Studies.

He was one of the framers of the “Foundational Concepts of Christian Education” that he helped to write in 1967 that has defined Geneva’s Christ centered educational philosophy.

After his retirement in 2004 he continued to serve Geneva by teaching and assisting his successors, Presidents Ken Smith and Calvin Troup.

Dr. White was one of the founders of the Beaver County Christian School in 1967 and Tiger Pause Youth Ministry in 1982.  He was also active in the community serving on such Boards as Ellwood City Hospital and Housing Opportunities of Beaver County.

Nationally he served as Vice-President and later the President of the National Association of Evangelicals (NAE) in 1990-1991 and the Chairman of the Board of the World Relief Commission of the NAE from 1987-1994.

He was a member of the Board of Trustees of Westminster Theological Seminary from 1986-2016 and Chairman of that Board from 1989-2015.

From 1983-2014, he was a member of the Board of God’s World which publishes World Magazine and other on-line news venues.

In addition to writing, advising, and organizing, Jack was a frequent preacher throughout Western Pennsylvania and in the Reformed and Evangelical Community nationwide.

These are but examples of Jack’s ministry and influence, but Jack would want everyone to say, “To God alone be the Glory!”

Funeral services and burial will be private; a memorial service and is planned for later in the year.

Jack White leaves a legacy of impact for Jesus Christ upon countless lives and organizations that will live on as an eternal reminder of what one person can do whose life is sold out lived by faith. Jack was one of God’s choicest servants. To say he will be missed leaves much unsaid because besides being a great man, he was even more so a good man. I was enormously blessed and privileged to serve along side Jack for all too short a time, and even more to call him one of my dearest friends. Linda’s and my prayers go out to Mary and family.

Jack was a true servant of God, a biblical scholar, and excellent preacher of the Word. I had the privilege of knowing him for many years and sitting under his preaching of the Word while a student at Geneva and later as a colleague and friend in ministry.

We are deeply sorry for your loss ~ the staff at Hill & Kunselman Funeral Home, Inc.
Join in honoring their life - plant a memorial tree